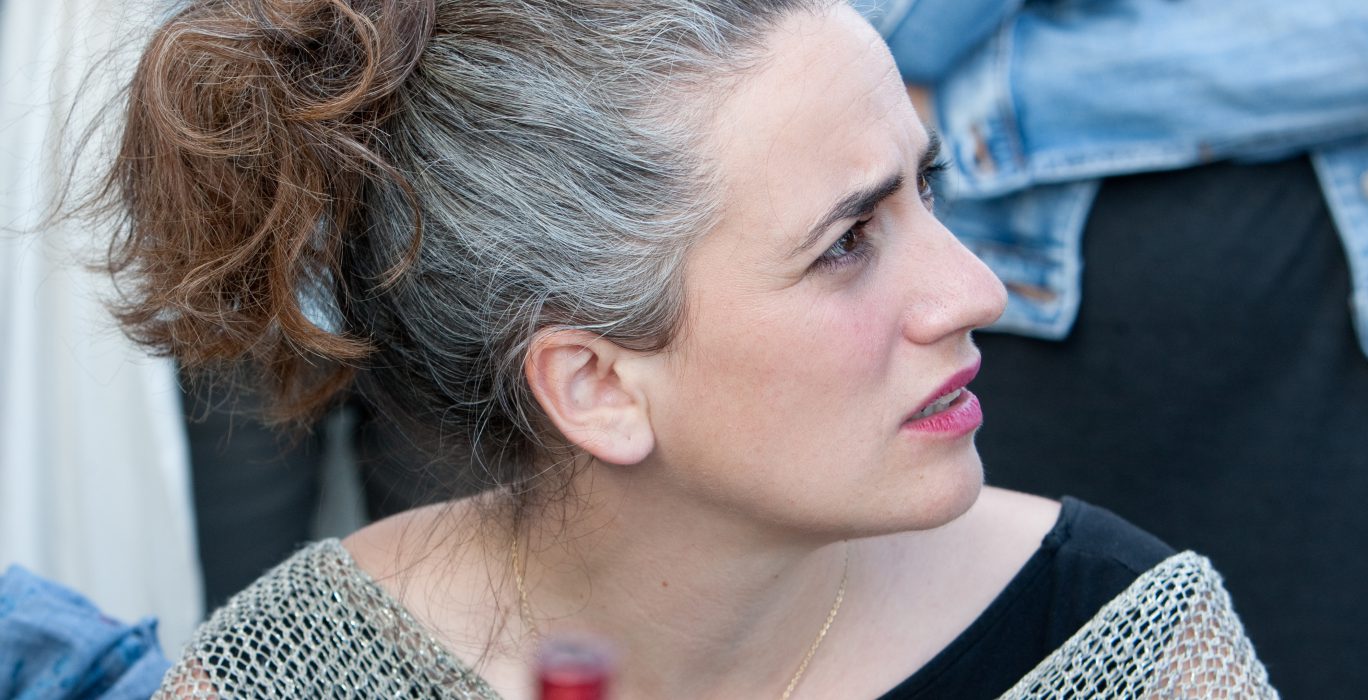 The elevator still has wooden sheets on its walls.  Only the buttons are visible. They don’t want to damage the elevator with the moving. The two-year-old son has pressed the PB button. Before getting to PB, the 3rd floor neighbor walks into the elevator. The dad says “Egun on”. The neighbor responds “buenos días”. The four-month-old daughter starts crying. Mom smiles.

They’ve left the entrance hall now. On the streets, they unintentionally walk through a crowd of tourists around the Guggenheim. The two-year-old asks if Puppy poops. In the Doña Casilda park, a colombian woman says “¡Qué belleza!” to the mother. The son plays a little in the swings. The dad, with the daughter on his arms, waits for the son to go down the slide. An elder couple asks “¿es tu hermanita?” to the son. He answers “no”. Mom thinks that maybe his son doesn’t know what hermanita means. Dad says he for sure knows what that means.

They’ve eaten a potato omelette. Dad says that it isn’t like the one in town. Mom breastfeeds her daughter. The son asks where Doraemon is. Dad says the lost the toy, so they run to find it. Mum and daughter are alone at the bar. The man sitting accross says “bonita familia”, the mom answers “gracias”. The mom remembers that the voice actors for Doraemon in euskara are on strike right now. Dad and son return happy after finding the toy. Mom has finished breastfeeding. The daughter burps loudly.

On the way home, the son asks “Gure Bilbo nun dau?”. Mom answers that the Iberdrola Tower covers it all, that it’s behind it. The son calms down. Mom, instead, has realized that she doesn’t know where Gure Bilbo is anymore, they’ll find it difficult to find gure Bilbo in nuestro Bilbao.